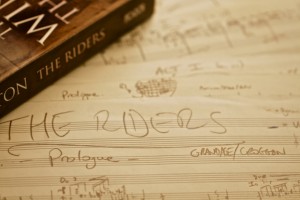 Act One Scully is renovating his house in Ireland, waiting for his wife Jennifer and his daughter Billie to join him from Perth. Jennifer, Billie and Scully sing together, and we hear the hint of shadows in the marriage. Scully has his first vision of The Riders. We glimpse Billie seated with Jennifer on a plane, reading her favourite book, The Hunchback of Notre Dame. Meanwhile Scully waits at Shannon Airport. Only Billie arrives.

Act Two In Greece, Arthur, a British expatriate, stands in a bar thinking of the Australian family who left six weeks before. Scully turns up with Billie in tow, aggressively questioning Arthur about his suspicions that Jennifer has left him for the painter Alex. Mad with jealousy, Scully drags Billie off to confront Alex, but Jennifer isn’t there. When he returns to the bar, he is told that Alex is dead and the police believe Scully is responsible. He is about to flee with Billie when she is attacked by a dog.

Act Three Billie and Scully travel to Italy where they discover that Jennifer is in Paris. Billie is increasingly ill from the dog bite and a desperate Scully visits Jennifer’s Parisian friend Marianne. She taunts Scully, accusing him of beating Jennifer, and he steals her wallet and runs off. Drunk, Scully glimpses Jennifer and chases her into Notre Dame, where he has has a vision of Jennifer as the Madonna. In his darkest despair, Billie saves him. They return to Ireland, where Scully sees The Riders for the last time. [Synopsis © Alison Croggon 2014]

IG’s Programme Note :
I grew up in Western Australia, a first generation Australian of English parentage – a pale ginger in a sea of sunned faces. The world of my youth was filled with dunes and beaches, boulder-clambering and desert trips, and whilst these places were mine to experience, the stories contained within them weren’t. Having since had the privilege of working extensively with indigenous Australians and seeing this inescapable connection between country and culture first hand, I found myself seeking my own family’s ancient stories from within my Anglo-Celtic heritage.

So it is that I was drawn to Tim Winton’s The Riders – a novel that draws on aspects of ancient European mythology as seen through the eyes of an Australian – Scully – a ‘desert Irishman’ as Winton puts it. Here was a story that traversed Europe, the birthplace of opera, but a story viewed through the eyes of an Australian. Given my long relationship with Tim (starting with the stage adaption of Cloudstreet and moving through his first play Rising Water and film of The Turning) this felt like it could be my story to tell.

When conceiving a musical world in which the Riders would live, I wanted a musical palette that could speak as much to other musical traditions as to a conventional operatic language. To this end, the orchestration includes Piano Accordion, Bouzouki and Recorders and the music not only intimates various vernacular musics – folk, cabaret, music hall – but also directly quotes folk songs, including the novel’s own linking refrain On Raglan Road.

Whilst these elements lend certain qualities to the work, structurally it is quite formal. The interlocking harmonic languages of the characters utilize elements of Serialism, hexachordal tropes, minimalism and fin-de-siècle romanticism. Scully’s melodic motifs center on the interval of the Perfect 4th, which when cycled, generates the key structure for the work. Jennifer’s music is dominated by harmonies created from expanding and contracting 10ths, stacked and striving upwards, given their most direct utterance in Act 3 Scene 1. Billie’s music takes on versions of both her parents’ musical worlds, but is invariably closer to Scully’s than Jennifer’s. The Riders themselves owe their rhythmic life to 12/8 galloping figurations (think Schubert’s Der Erlkönig) while their harmonic language is derived from a tone row that turns ever inwards.

I’ve been blessed by the quality of my collaborators on this project, and want to express my profound thanks to them for nurturing this work as it has come to life. Neil Armfield, who was there at the birth, as Alison and I attempted to distill the essence of Tim’s wonderful novel into 36 pages of libretto; Alison, who delivered such a beautifully poetic response to those discussions; Richard Mills, whose immense knowledge and astute counsel during the compositional process has been the bedrock on which I’ve composed; Marion for her beautiful responses to Alison’s and my offerings and finally to the cast for giving these creations breath and life. 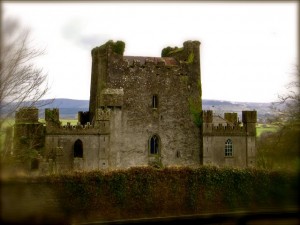 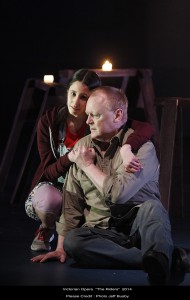 “…the music has an immediate beauty and power, strongly supporting the dramatic action and the inherent emotional beats of the story. Simon Parris Man in Chair 24/9/14 Full Review here