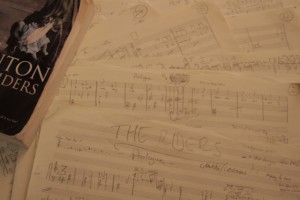 A year of my creative life finally takes flight on Tuesday 23rd September, with the premiere of my first opera The Riders.

The cast, led by the superlative Barry Ryan, have been a wonder to work with, as have the creative team and all those at the commissioning company Victorian Opera and their co-presenters at Malthouse Theatre. Tickets are almost all sold out,and the performances run on the following dates in the Merlyn Theatre at The Coopers Malthouse. All shows at 7.30pm.